The worst yellow fever epidemic in Angola since 1986 is rapidly spreading. The epidemic began in December 2015 and the laboratory-confirmed outbreak was reported to the World Health Organization (WHO) on January 21, 2016â€.

- Â  Â  Â  Â  Â  Â  Â â€œAngola has had 2023 suspected cases and 258 deaths as of April 26, 2016. China, the Democratic Republic of Congo, and Kenya also have reported cases arising from infected travelers from Angola. Namibia and Zambia also share a long border with Angola, with considerable population movement between the countriesâ€.

- Â  Â  Â  Â  Â  Â  Â â€œPrior delays by the WHO in convening emergency committees for the Ebola virus, and possibly the ongoing Zika epidemic, cost lives and should not be repeated. Acting proactively to address the evolving yellow fever epidemic is imperativeâ€. 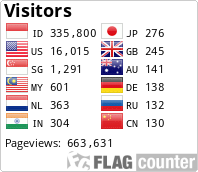